Maybe it starts with a cough.

You may decide it’s nothing serious. Everyone gets coughs once in a while, after all. These things often go away on their own, and you don’t have time in your schedule to make an appointment with a doctor.

And then it lingers.

Maybe it becomes a wheeze that won’t go away, or the inability to catch your breath. Maybe it prevents you from keeping up with others your age. Maybe it gets worse every day.

If any part of this scenario seems familiar to you, you may be one of the millions of people suffering from Chronic Obstructive Pulmonary Disease.

What is Chronic Obstructive Pulmonary Disease?

Chronic Obstructive Pulmonary Disease, or COPD, is an umbrella term that refers to a variety of lung diseases that affects over 15 million people in the United States alone. Forms of COPD include chronic bronchitis, refractory asthma, and emphysema—all conditions that cause increasing breathlessness.

Experts estimate that by 2030, COPD will be the third leading cause of worldwide death.

COPD is currently incurable, but organizations like the Global Initiative for Chronic Obstructive Lung Disease—or GOLD, for short—are working hard to improve quality of life for sufferers.

One of GOLD’s most far-reaching efforts to fight COPD is World COPD Day.

Created in 2002, World COPD Day is an awareness campaign designed to educate the public about chronic obstructive lung disease. It also raises funds for COPD treatment research, with the hope that a cure will one day be discovered. In its 17 years of existence, the annual event has grown to include more than 50 countries.

This year’s World COPD Day falls on Wednesday, November 20, 2019. Its theme is “All Together to End COPD.” Anyone can have COPD, but the demographic most at risk of contracting a chronic lung illness is the population of people who smoke. Research has found that the majority of COPD cases are caused by inhaling pollutants like the tobacco found in cigars, cigarettes, and pipes. Breathing in the 7,000+ chemicals contained within a single cigarette is detrimental to lung health—even second-hand smoke can contribute to COPD!

But smoking isn’t the only way to fall victim to COPD. Prolonged exposure to certain substances in the home can also pose a threat. Mold, dust, and harsh cleaners like ammonia are all notorious lung obstructers. Even if these agents did not cause COPD in an individual, they will almost certainly exacerbate pre-existing breathing issues.

Remember that lingering cough at the beginning of this article? Here’s why ignoring it is not a good idea:

COPD is notorious for its comorbidities. This means that people suffering from COPD are likely to contract additional serious illnesses: high blood pressure, diabetes, heart disease, cancer, and even mental disorders like depression are commonly found in COPD victims.

The reason for the high probability of acquiring comorbidities with COPD is, simply put, that the lungs are extremely important organs. When the lungs become inflamed—as they tend to when irritated by toxins over a prolonged period of time—the entire body suffers.

Understanding inflammation is the key to connecting the dots between COPD and comorbidities like cancer. If you’re ever twisted an ankle or been stung by a bee, you’ve experienced the inflammatory process: the injured area swells up for a little while in response to the injury, and then gradually returns to its normal size.

Why do you swell up? The moment the damage occurs, your body sends a flood of fluid and white blood cells to the injury site to help rebuild the tissues. The swelling is a reaction to the increased motion in the area; as soon as the injury is healed, the body tells the influx of fluids to stop, and the area returns to its normal size.

This process may take place over the course of a few hours or days in a normal injury, but when an organ (like a lung) is chronically inflamed, the body never stops sending that flood of fluid. Over time, this can cause DNA damage, which often leads to cancer. In people with COPD, there may also be some inflammation of the blood, which causes additional damage to the heart, bones, and muscles.

The longer you wait to address your symptoms, the farther along the inflammation process gets, and the more you risk developing a more serious illness. Early diagnosis is the key to avoiding comorbidities.

The Signs and Symptoms: Diagnosing COPD

The most common sign that you may have COPD is, predictably, difficulty breathing. Prolonged coughing, wheezing, and shortness of breath are all indicators of a lung disease, especially if the subject smokes or used to smoke.

Many people, however, do not experience or notice any symptoms until the disease has progressed into a more severe stage. For this reason, it is recommended that everyone with a history of smoking or prolonged exposure to lung irritants make an appointment to be tested for COPD. As with every disease, the earlier it is caught, the easier the treatment protocol will be!

Diagnosing COPD involves a simple, non-invasive procedure using a tool called a spirometer. Spirometers measure ventilation—that is, they gauge the amount of air you inhale and exhale, as well as the amount of time it takes for your lungs to perform these tasks. Taking a spirometry test is easy: the patient simply blows out all of his or her air into the mouthpiece of the spirometer, which calculates the volume of air exhaled.

Spirometry test results are then interpreted by a doctor, who uses the numbers to classify the severity of the patient’s COPD. This diagnosis helps to determine the treatment protocol. WhileCOPD is currently incurable, there are ways to alleviate symptoms and improve quality of life.

The Four Stages of COPD

COPD is usually described in “stages” ranging from Stage I: Mild to Stage 4: Very Severe. These stages offer no indication of life expectancy—they simply serve as a scale to measure severity.

Stage I COPD describes a patient who experiences negligible lung-related symptoms. These people may not even realize they have a problem, and can perform most or all of their normal activities with only mild limitations to their breathing. A lingering cough may be present at this stage.

In order to be considered Stage I, the patient’s lungs must be operating at 80% capacity or higher.

A subject moves into Stage II, or “Moderate,” COPD when the cough becomes too significant to ignore. Breathing limitations may become so relentless that they cause the individual to seek hospitalization.

Those categorized as Stage II present a lung capacity of between 50% and 80%.

At Stage III, COPD is considered “Severe.” Sufferers at this level will find it challenging to perform daily activities, and may describe themselves as fatigued. Exercise will become difficult.  The significant level lung impairment means that hospitalization may be required.

This is the most severe category of COPD. At Stage IV, flare-ups and breathing issues become life-threatening. Low blood oxygen levels may result in serious health conditions; many individuals require oxygen therapy.

Lung capacity is lower than 30%. While COPD is incurable, there are treatments available that can alleviate the symptoms. Certain medications are found to reduce lung inflammation while others, usually taken via inhaler, relax the muscles in the airway to allow the patient to breathe more easily.

Another common treatment, especially for COPD in the later stages, is oxygen therapy. Supplemental oxygen is delivered via mask or nasal tube, which helps boost the patient’s blood oxygen level.

In extreme cases, there are surgical options for COPD-sufferers. Lung volume reduction surgery involves surgeons removing permanently-damaged lung tissue, while a lung transplant can be a successful last resort when all other options have failed.

The most commonly-prescribed treatment, however, is a lifestyle change. Medications and therapies are excellent for masking symptoms, but when the medicine wears off, the underlying causes—like cigarette smoke or other inhalable pollutants—remain. Removing yourself from an environment that contains toxins is the most effective thing you can do to start reducing the effects of COPD.

If you are concerned that your lifestyle puts you in danger of developing COPD, here are several steps you can take to reduce your risk.

The single most important thing you can do to avoid COPD is to quit smoking. If you don’t smoke, resist the urge to start. You likely already know that cigars and cigarettes contain toxins that harm your lungs, but even vaping, touted as a safe, “clean” smoking alternative, has proven to cause damage and chronic inflammation.

An addiction to smoking can be extremely difficult to overcome. To ease the process, make a plan with your healthcare provider or join a support group. Don’t give up!

Avoiding exposure to secondhand smoke is important, too. Make sure your home and workplace are smoke-free environments.

Be aware of chemicals and irritants that can hide in and around your home. Inhaling mold, dust, asbestos, and fumes from harsh cleaning products will only hinder your lung health. People who work with chemicals (including paint) should take extra precautions, and in extreme cases may want to consider a change in career.

The information in this blog post is sourced from American Lung Association (www.lung.org), the COPD Foundation (www.copdfoundation.org), and the Global Initiative for Chronic Obstructive Lung Disease (www.goldcopd.org). 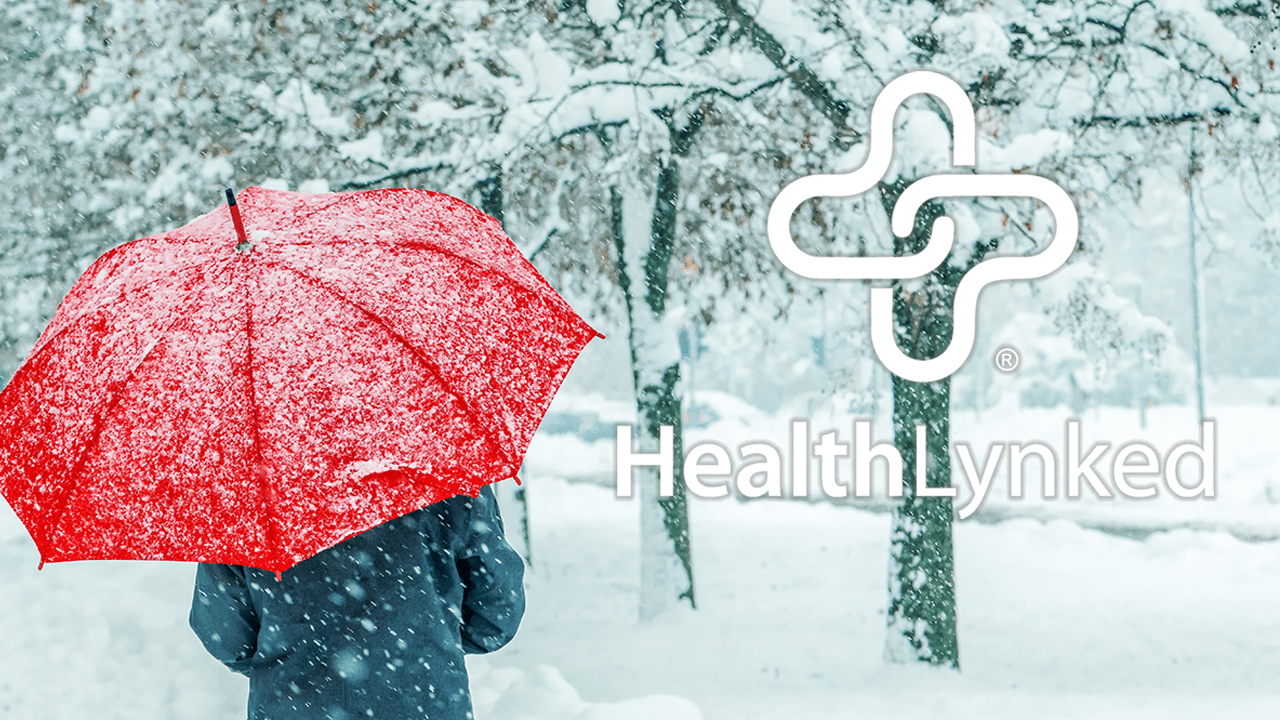